Gracie Technics instructors have received the proper accreditation by Professor Rylan Lizares and also been approved by Master Pedro Sauer.

The following instructors have nearly 35 years of combined Jiu-Jitsu experience and have been training, competing and instructing together for many years. 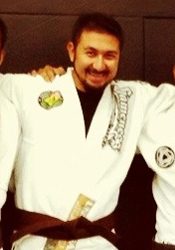 James Wohlmacher started Jiu-Jitsu in early 2003 at the Oregon Pound in Corvallis, Oregon and went to class to train with his friends - one of them including his instructor, Rylan Lizares. James was a competitive swimmer and began his Jiu-Jitsu journey while attending Oregon State University.

James received his Black Belt from Professor Rylan Lizares in February 2018. James was also an instructor at the Oregon Pound Brazilian Jiu-Jitsu Academy for several years as a purple belt before teaching at this academy. He has competed and placed in local Jiu-Jitsu tournaments across Oregon, Hawaii and Washington. 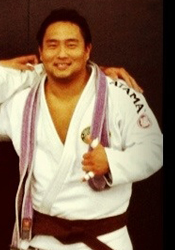 Jonn Nishiguchi began Jiu-Jitsu in mid 2003 while attending Oregon State University to train with friends. Born and raised on Kauai, Hawaii - being unable to surf began a search for getting into something new. He always had an interest in trying BJJ and found the perfect opportunity to learn and train with his friends.

Jonn received his Black Belt from Professor Rylan Lizares in February 2018. Moving up in the Portland metro in 2007, Jonn has taught classes the last several years as a purple belt. He has competed and placed in local Jiu-Jitsu tournaments in Oregon, Washington and Hawaii. 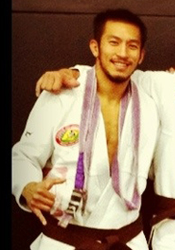 Anthony Tran began Jiu-Jitsu in early 2004 and came to the Oregon Pound as a former water polo athlete. He quickly became friends and training partners with Professor Rylan, James and Jonn.

Anthony received his Black Belt from Professor Rylan Lizares in February 2018. He is an "active" competitor and has won Jiu-Jitsu titles in Oregon, Washington, Arizona, and Texas.

Anthony is known for having some exciting matches and wins throughout his Jiu-Jitsu career. In addition to his role at GT, Anthony also maintains a Jiu-Jitsu blog (BJJ1on1.com) and privately instructs students throughout the state. 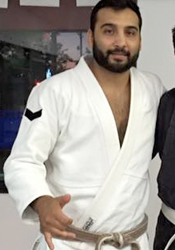 Josh Figueroa began Jiu-Jitsu in 2002 and brings a wrestling background that has been helpful to our program. He has an extensive teaching history and began instructing at the Oregon Pound Brazilian Jiu-Jitsu Academy. He began training with the group since he was a white belt while attending Oregon State University in Corvallis.

Josh received his Black Belt from Professor Rylan Lizares in February 2018. He has trained at several well-known academies throughout Oregon and has competed and placed in local and national Jiu-Jitsu tournaments in Oregon, Washington and California.